Jenni-Maree is a graduate of the University of Auckland, graduating in 1999 with a Bachelor of Laws and a Bachelor of Arts majoring in Japanese.

Jenni-Maree has represented clients in over one hundred mediations and judicial settlement conferences. She has appeared in the High Court and District Court, the Employment Court, the Employment Relations Authority, and the Weathertight Homes Tribunal, on a wide range of civil and commercial matters, employment, property disputes, estate litigation, insolvency and bankruptcy, and construction disputes including leaky building disputes.

As well as her experience as legal counsel, in 2017, Jenni-Maree was appointed as a Member of the Employment Relations Authority where, until her resignation in September 2020, she presided over hundreds of employment disputes, issued over 130 determinations, and assisted parties to resolve their issues through the use of facilitation.

Jenni-Maree has experience dealing with people from different cultures, religions and those with disabilities.  She is also accustomed to dealing with self-represented parties.

Jenni-Maree is accredited as an Associate Member of the Arbitrators and Mediators Institute of New Zealand and is an Authorised Farm Debt Mediator under s 46 of the Farm Debt Mediation Act 2019. 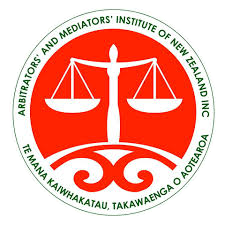